When I was young, one of my favorite movies of the 80’s was Creepshow. It mixed horror with a touch of fiction and contained several stories that formed a kind of anthology of stories in one package. In this period I also played text adventures like Zork and later I fell in love with adventure games like Maniac Mansion. So when I read the Stories for the Nintendo Switch and thought it was a combination of the two, all I had to do was try it out. The end result is an example of a low-budget game that can still find ways to involve players in a creative story. 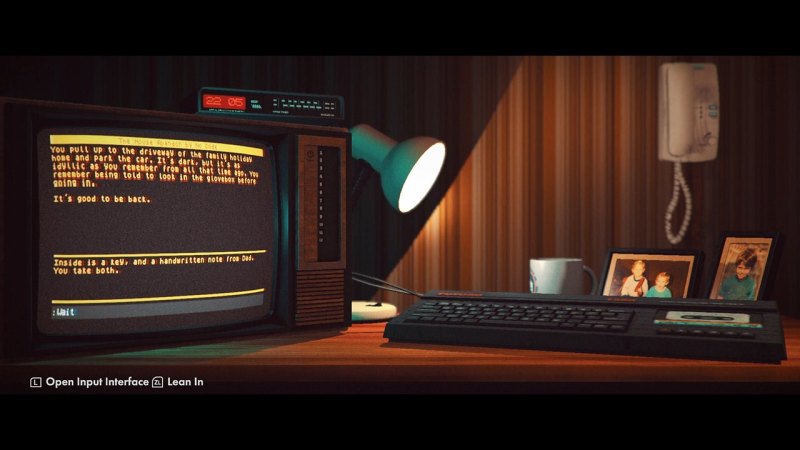 For $10 you get four little games with totally different stories. Everyone has their own strengths, and depending on the genres you’re interested in, you’re sure to have a favourite. For me, the first proposal, entitled Leaving Home, is the best of all. Each of the four games takes place mainly in a room equipped with a computer or other machines with which you can communicate. Here you sit at a desk and work with an old computer that uses tapes for memory. The television shows the game you’re playing, which is a text-based adventure.

It immediately brought back memories of Zork, where everything in play is conveyed through the exhibition. You can then bring up an interface that allows you to do things like search, open, move, etc. You can then select another word to complete the action. For example, you start the game in your car parked in front of your family’s holiday home. The game tells you that you should probably look in the glove compartment. So you will have to use the Open Glove Box command to enter the contents of the glove box. By today’s standards, such actions are quite primitive, but they do work. 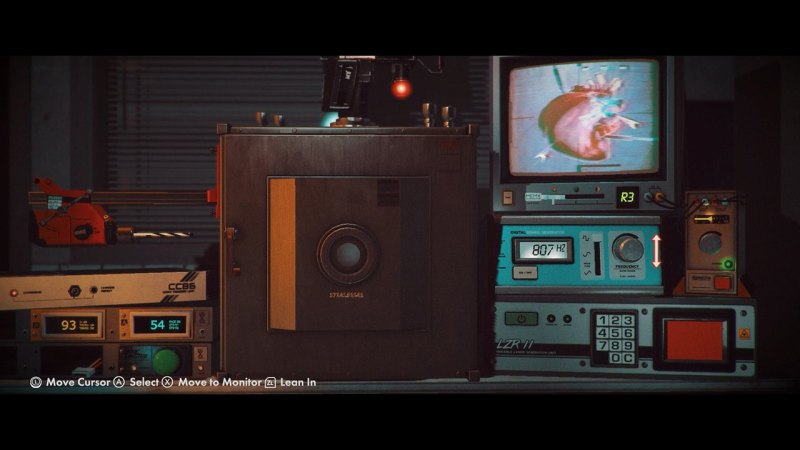 What makes all the games in this collection so special is the style of writing, which is really well put together. Add background music and other special graphic effects to the environment and the games really come to life. The first game uses multi-part HD Rumble to really crank up the suspense, and I have to admit that I jumped several times, which is a textless adventure game for me never succeeded.

So, in the first game, you explore your old holiday home, and not everything is as it seems. The second game is called Running the Lab and here you are in the lab where the experiments are performed. Pushbuttons and rotary knobs to find out what’s in the box! The third adventure is called Process Station, and in this scenario you are in a control station in Greenland. You cannot communicate with the outside world because your microphone is broken, but you can hear the other two stations communicating with you and giving you instructions on what to do. And finally, the last session linking some of the stories. The only thing they have in common is a sense of isolation and a kind of powerlessness in trying to bring the mysteries together. 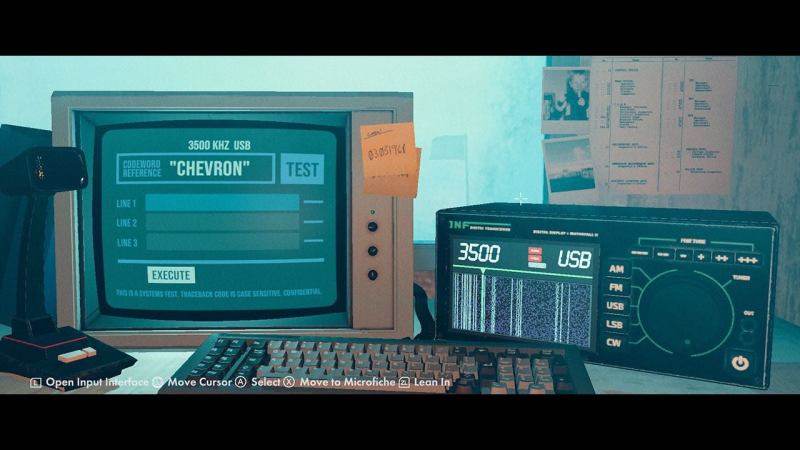 The untold stories really attracted me because they went quickly from one story to another and the terrifying and mysterious conspiracies kept me on the edge of my seat. There is a little trial and error with some of the puzzles, but for the most part the game was not too difficult to solve. I had fun with the game, but I’m probably their direct target too: someone who grew up with this kind of game. It’s hard to say how much fun an inexperienced person would have with text-based adventures. I think if you like reading or if you, like others, choose your own adventure story, but also if you have a weakness for science fiction and horror, then you should give this book a chance. Most people will probably read every story in less than an hour, and there is no real trade-in value, but I had a great time! 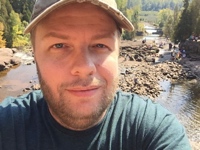 Craig has covered the video game industry since 1995. His work has been published in various media. He is currently editor and employee of Age of Games.